Market Outlook for the Second Half of 2016 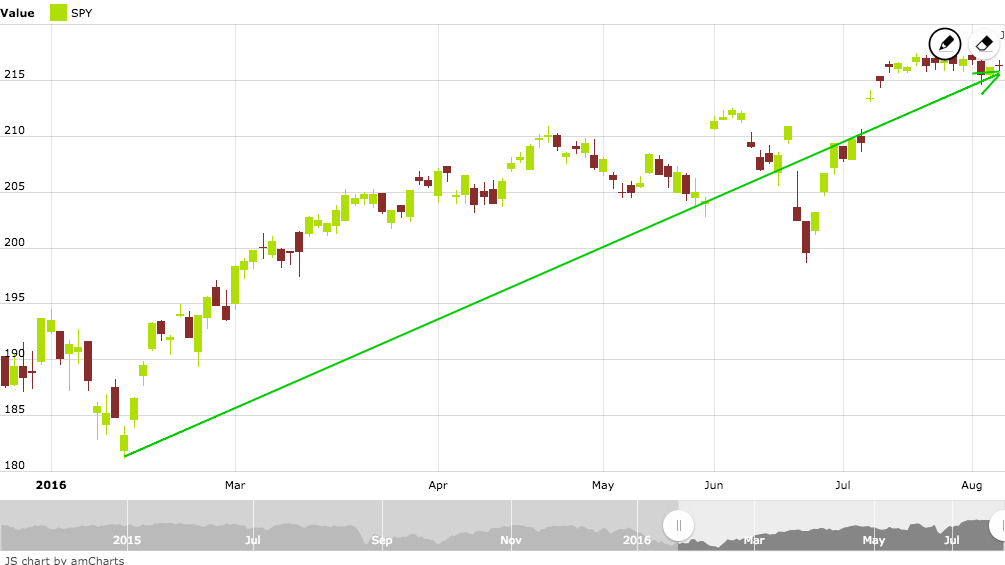 This leads to the question, what has changed since then?

The first point was the fears of a US recession has been denied by a sprawling jobs market and increased consumer spending.

A lot of market experts feared that we would get into a recession with negative GDP growth. (Two quarters with consecutive negative growth is considered a recession)

Although spending by everyday Americans, the lifeblood of the world’s largest economy, grew at the slowest pace in two years. It only grew at a 1.5% annual pace in the first quarter,compared to the estimate of 1.9%. Representing more than two-thirds of the demand in the economy, the consumer spending is one of the key indicators of a healthy US economy.

The second point was China with their debt piling on and people starts to think it’s 2008 all over again.

the biggest difference is that China has much more levers to pull with fiscal (political) and monetary policies. This was clearly shown in May when their manufacturing numbers came out.

“Beijing’s frontloading of monetary and fiscal stimulus early this year should make it easier for China to reach its 2016 growth target of at least 6.5% this year”

The third point was oil. It had plummeted 40% from November to January and it looked like the whole market was going to crash and burn.

However, after multiple rigs were taken offline and Canadian wildfires brought down the production the price rebounded.

So where do we go from here?

The conclusion is, don’t expect another 20% rally in the market but don’t expect a crash either. It will chug along in its channel and will be an excellent opportunity for stock-pickers to outperform the market.

What do you think?