Filing yearly income taxes: a grueling task all American adults are familiar with. Every year, the IRS declares the beginning of the tax filing season and the storm rolls in. Individuals purchase programs such as H&R Block, TurboTax, TaxAct to ease the long, tedious process. Others employ the help of tax professionals when their tax situations are too complicated. Filing your yearly taxes may seem like a boring, routine task, but this year actually marks the 100th anniversary of the infamous Tax Form 1040. I’ve done some digging on its evolution, so just keep reading to learn more! 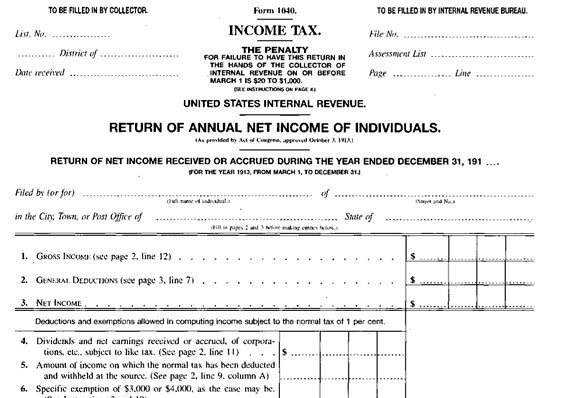 According to the IRS, the 16th amendment was ratified in 1913, which gave Congress the power “to lay and collect taxes on incomes, from whatever source derived, without apportionment among the several states, and without regard to any census or enumeration.” Congress eventually adopted a 1% tax on incomes more than 3,000 and a 6% surtax on incomes more than $500,000. Thus, the first 1040 form was born. The form was 3 pages long and had only one additional page of instructions. The Revenue Act of 1918 was passed to raise more funds towards the World War I effort. It codified existing tax laws but also introduced a new progressive income tax system structure of up to 77%. 1933 was a pretty normal year for filing taxes. The only notable change is that 1933 marked the end of the Prohibition Era and the IRS resumed the responsibility of alcohol taxation. 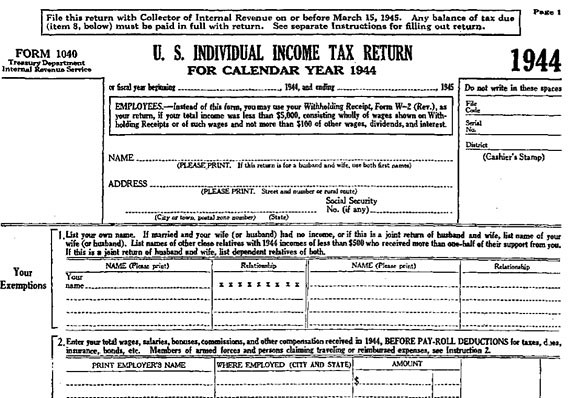 According to MarketWatch, the number of Americans required to pay income taxes increased by more than 2% as a result of World War II. Furthermore, Congress passed the Individual Income Tax Act, which created standard deductions of $500. 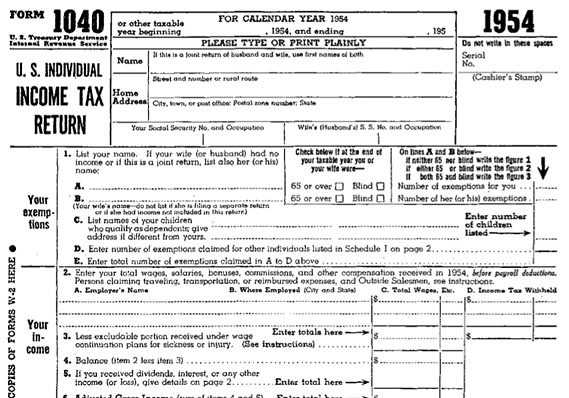 In 1954, the tax code was reorganized and the deadline to file taxes moved from March 15 to April 15. The form was also redesigned to look more like the form we use today. 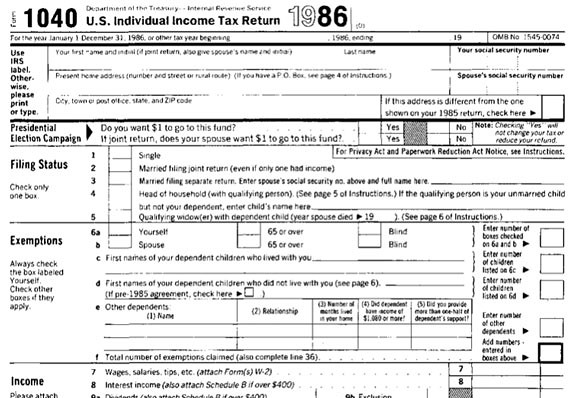 In 1986, President Reagan approved the Tax Reform Act of 1836, which included 300 provisions to simplify the tax code and close all loopholes. Electronic filing also began in 1986, but it was very limited. Electronic filing wasn’t popular until 2003, when it reached a high of 52.9 million returns (40% of all individual returns). 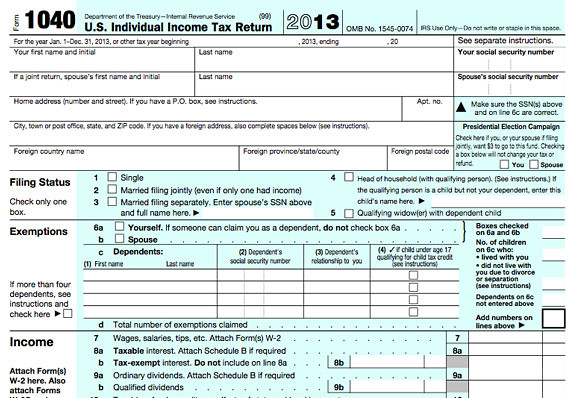 The current 1040 Form is only 2 pages long, but it comes with a whopping 206 pages of instructions. Furthermore, a few major changes have been made to the federal income tax return:

Can you believe how simple tax returns used to be in 1913? Visit TaxAnalysts if you’re interested in an archive of every single 1040 Form since it was created. If you liked this post, you might be interested in reading about the history of Google and Facebook. As always, check out Sprinklebit for more updates and investment tips, and remember to file your taxes on time!

Caution in Trading: Be Paranoid, But Be Willing to Take Risks