Remember when everyone thought Facebook was crazy for trying to acquire Snapchat for $3 billion? Well, news has just come out that Facebook bought Snapchat’s competitor, WhatsApp, for $19 billion. WhatsApp will receive $16 billion is cash and stocks as well as $3 billion in restricted stock units to its employees.

According the Business Insider, Google was actually a big contender in the competition to acquire WhatsApp. Google CEO Larry Page offered more than $19 billion, but was rejected because WhatsApp believed Google was only interested in their company to deter Facebook. 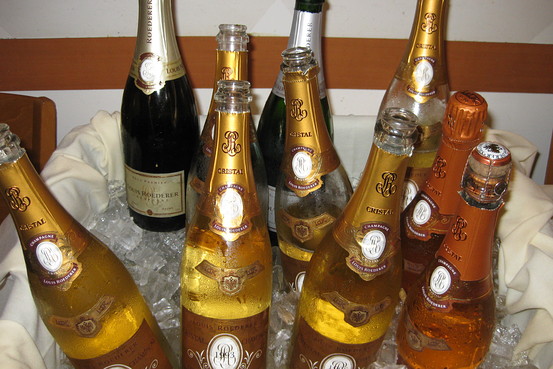 WhatsApp employees celebrate by popping bottles of Cristal champagne, which costs an average of $200 per bottle

Now that Facebook has acquired WhatsApp, what will become of Snapchat?  To be quite honest, Snapchat and WhatsApp are very different despite both being messaging applications. Snapchat is an ephemeral messaging tool that appeals mainly to teenagers and young adults. “It’s not 100 per cent clear to me what’s working about Snapchat,” Brian Acton, founder of WhatsApp, said an interview with Wired. “Great, teenagers can use it to get laid all day long. I don’t care.” WhatsApp, on the other hand, is popular amongst users abroad. Therefore, the opportunities for Snapchat and WhatsApp to expand are also quite different.

WhatsApp is an instant messaging system started in 2009 by Yahoo veterans. WhatsApp is free for the first year only; it’ll cost the user $0.99 for each year after. Accounts are created through verification of the user’s phone number; there is no need to sign up for a username or password. Furthermore, phonebooks are synced into the application, so the user does not need to manually add all contacts. WhatsApp works over WiFi or data plans to send instant messages, group messages, or multimedia files. Its most unique attribute is its ability to function across seas, making it the perfect for those traveling abroad. WhatsApp takes prides in its motto of “No Ads! No Games! No Gimmicks!”

According to Business Insider, WhatsApp has the potential to follow the footsteps of China’s most popular messaging app, WeChat. Barclays analysts have estimated that WeChat generates $1.1 billion per year. That’s not surprising since the app has become more than just for messaging; it’s been integrated into everyday society. Vending machines all over China now use smartphone cameras to scan items and accrue charges on WeChat instead of requiring customers to fumble for spare change. In China, people no longer distribute business cards. They pull out their smart phones and scan each other’s WeChat accounts to exchange contact information. Furthermore, WeChat has also entered the world of banking, wealth management, and e-commerce. WeChat has become so fully integrated into Chinese society that many no longer call, text, or send emails. Similar to WeChat, WhatsApp can integrate a payment system into their application. Exchanging currency and sending money over borders is an issue that still needs to be resolved. Who better to tackle this problem than an application already known for its convenience abroad?

On the other hand, Snapchat is a messaging application developed by Stanford students that allows users to send videos and photos that disappear after up t0 10 seconds. The photos can be edited before being sent and the recipient has the option to screenshot any visual messages. Snapchat is completely free and is compatible with iOS and Android devices.

According to Clickz, 400 million snaps are sent per day, drawing attention from advertisers seeking new channels. When Snapchat introduced the “stories” feature, which allows a series of snaps to be viewed for 24 hours, many brands jumped on the advertising opportunity by creating accounts for their businesses. According to Mashable, these brands include Taco Bell, Acura, Karmaloop, Grubhub, and MTV UK. HBO also used Snapchat to introduce sneak peaks of their hit shows and the New Orleans Saints used Snapchat to reveal behind-the-scenes footage of its games to fans. Snapchat has not yet monetized its advertising platform, but it could be CEO Evan Spiegel’s next step.

Who do you think is the real winner of mobile messaging apps? Is it Snapchat or WhatsApp? If you liked this post, check out our Snapchat edition of Trivia Tuesday and our article about Facebook’s 10th Anniversary. Also be sure to check out Sprinklebit for more updates and investment tips.

BBVA Acquires Startup Simple, and So Should You