On Tuesday, CEO Marissa Mayer revealed Yahoo’s plans for 2014 on stage at the annual Consumer Electronics Show. This year, Yahoo will focus on two of their newest acquisitions – Aviate and Summly – to introduce a new line up of applications for smartphones and tablets that can compete with Google and Apple. Furthermore, Yahoo will be focusing their efforts on their 2013 acquisition of Tumblr to introduce Yahoo Magazines.

In her speech, Mayer announced the Yahoo News Digest, powered by the application Summly which was acquired from 17 year old Nick D’Alosio for $30 million. According to D’Alosio, the idea behind the news digest is to quickly filter the flood of news that is reported everyday. The Yahoo News Digest delivers nine small news blurbs twice a day to the user. Each blurb is written by a computer but is curated by humans. Along with the blurb are Yahoo “atoms,” which are basically supplemental tweets, stock tickers, etc that bring additional context to the reader. 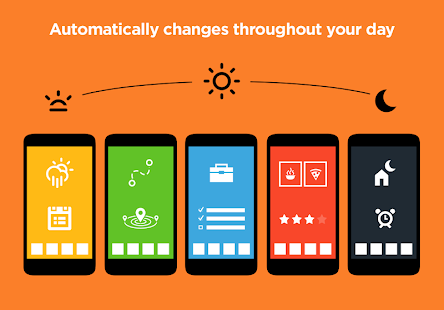 “Imagine your phone delivers the right experience to you at the right time, instead of you having to search for it” – Marissa Mayer

This year, Yahoo also plans to introduce “contextual app searching” to smart phones and tablets through their recent acquisition of Aviate. Contextual searching has become important amongst major tech brands, such as Apple, Microsoft’s Bing, and Facebook. Instead of using keywords and ranks, contextual searching is able to anticipate what a user is searching for based on previous actions and other stores of data. In the case of Yahoo, Aviate will tackle the problem of applications sitting around in smart phones unused. Aviate will reorganize home screens based on what it believes the user will need at the moment. According to Mayer, Aviate “suggests music apps in your car, fitness apps in the gym, bringing you what you need when you need it.” The technology of Aviate will compete with Apple’s Siri and precede the use of the Apple App Store and Google’s Play Store by locating user needs before it is searched for.  For a closer look at how Aviate will change the smart phone, check out these snapshots.

In May of 2013, Yahoo acquired Tumblr for $1.1 billion. Now, Yahoo is using Tumblr to launch Yahoo Magazines, a digital magazine series delivered through a Tumblr interface that is compatible for both computers and tablets. The digital magazine will  feature stories, opinions, and reviews written by a roster selected by Yahoo. At the Consumer Electronics Show, David Pogue, a former writer for the New York Times, introduced his magazine section titled Yahoo Tech.

Having previously worked at Google, Mayer’s plans make it clear that she is using her knowledge of Google’s vulnerabilities and the tech industry in general to strengthen Yahoo as a competitor. All of Mayer’s plans focus on applications for smart phones and tablets since personal computers are no longer a growing trend. What do you think of her ideas for this year? Will you be investing in Yahoo? Let us know in the comments below, and be sure to check out Sprinklebit for investment practice!

Ask Alex: What is a Short Squeeze?